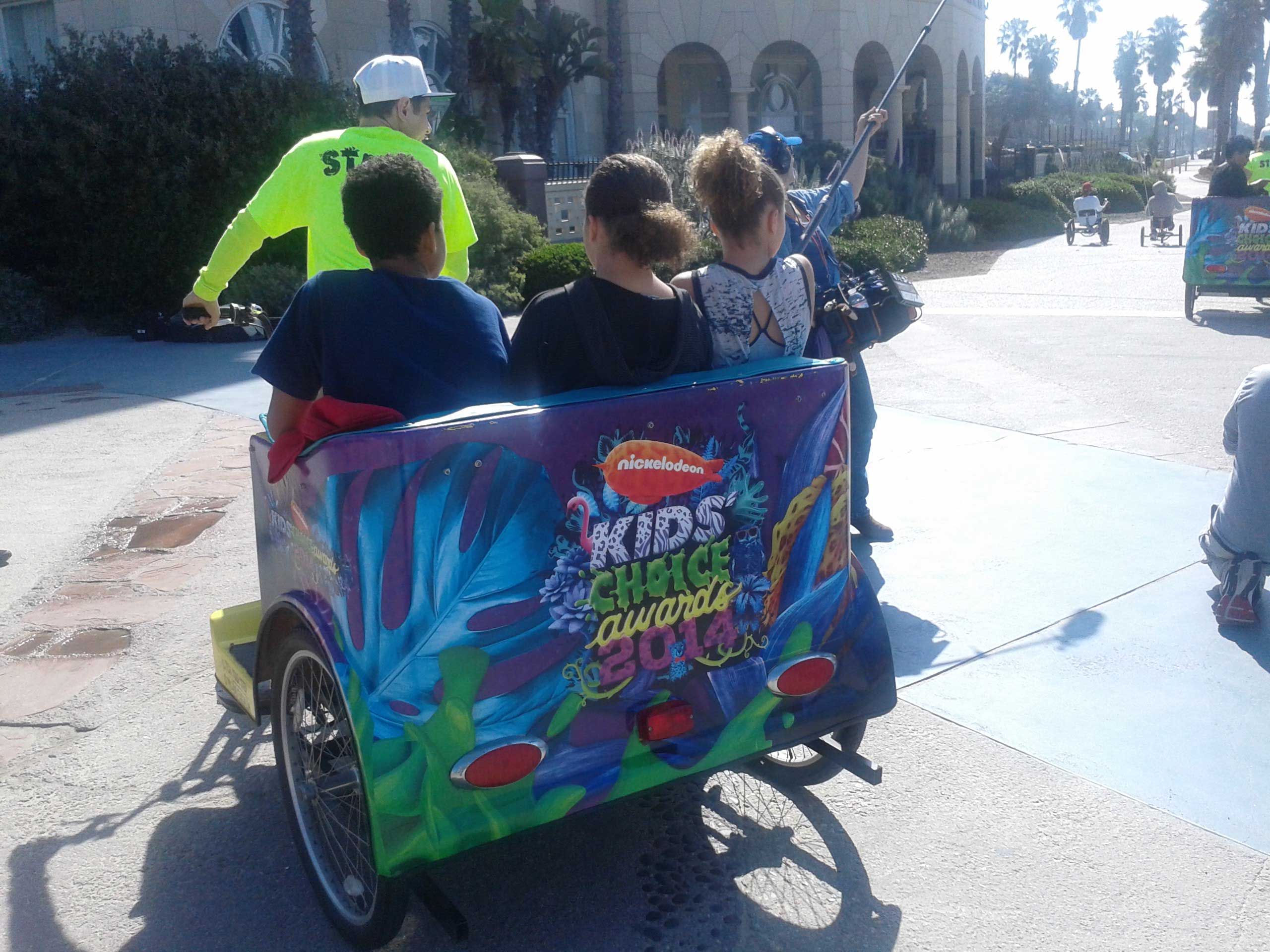 Drivers were outfitted with shirts and caps and 10 pedicabs were wrapped with colorful advertising promoting the show.

The pedicabs staged on a platform near Shutters hotel and provided non-stop complimentary rides from 10:30am to 4:00pm to families attending the events at the Santa Monica Pier. The pedicabs were the primary source of transport and certainly the most popular.

Approximately 250 rides were provided over six hours and an estimated 5,000 eyes were on the Kid’s Choice Awards advertisements during the transport at the beach.

“We could have walked but this (ride) is better.”

“Will you be here tomorrow too?”

“This is such a perfect day for this!”

“We walked over this morning but are so glad you are here for the ride back.”

“Can we keep riding?” 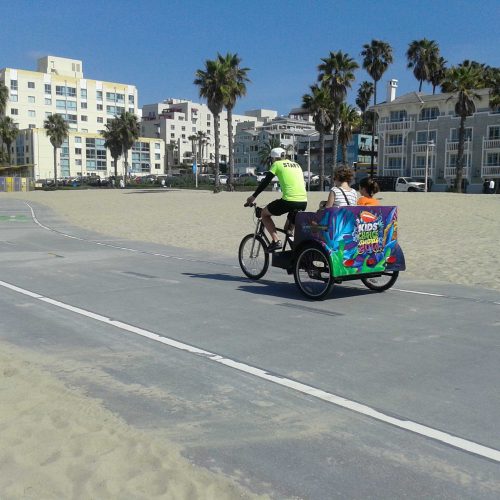 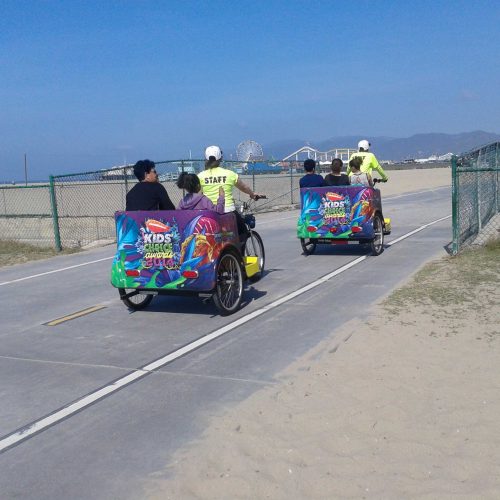 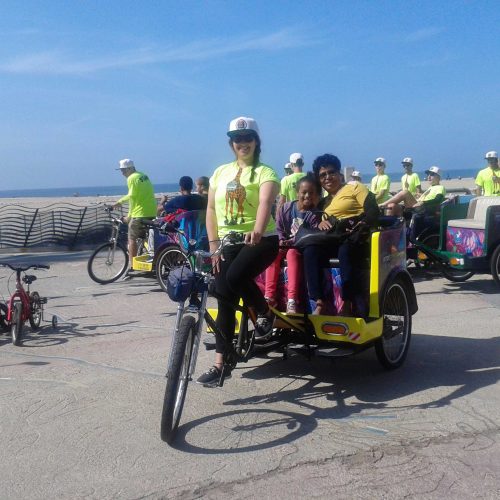 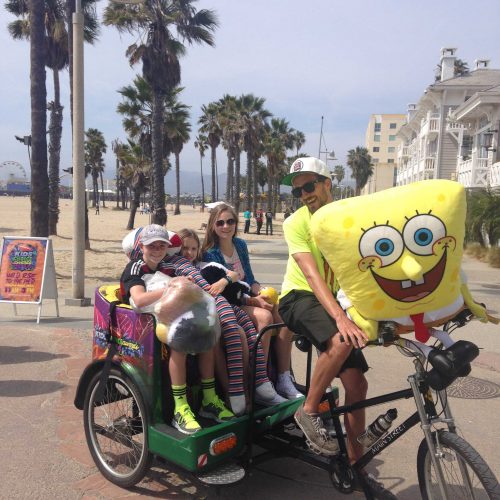 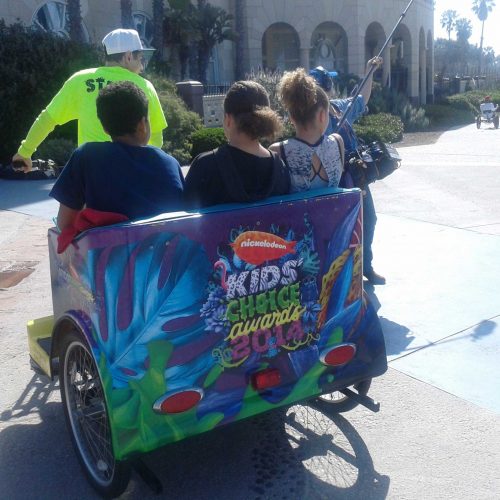